Sometimes, you will never know the value of a moment until it becomes a memory. – Dr. Seuss

Life gets in the way of my plans, but that’s okay. Why? Because inevitably, I learn something new, or find opportunity to have an impact on someone else’s life when “my plans” aren’t, well, going as planned.

I had high hopes for 2017 – to release In Search of Jude; to lose 15 pounds; to spend more time with my family; to meditate. While some of those goals were achieved, completing my second novel was not one of them. And I’m okay with that, because while I wasn’t writing or editing or engaging with readers, I was supporting my husband and embracing life with my amazing children, who are growing up way too fast!

And how coincidental the catalyst [cancer] for the crafting of my first novel, What Sara Said, rear its ugly head once again as I was amid writing another novel. (Perhaps the universe is telling me I should stop writing? Hmm… I think not) You see, in 2009 my husband was diagnosed with a “lazy” form of leukemia, which left us with the decision to “watch and wait”, rather than treat. After dealing with the shock and emotion that followed the diagnosis, I began to write. It took more than 6 years for me to finish my first story. Fast forward to 2017 and after a series of hospitalizations (which we initially thought were unrelated to cancer), the decision to begin treatment was made. I think I’d had maybe eight chapters of In Search of Jude written when hubby started chemo in the Spring of 2017. By Christmas, he was done with treatment, and it was declared he’d only need to see his oncologist for a check-up every 4 months or so. 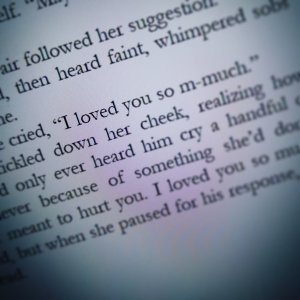 Spring one year later, and here I am. Last month I pulled together my pieces and started writing again. God, it feels so good – to have had the strength to let it go for a while (but not let that bother me) knowing I was doing something more important; to pick up where I left off; to be creative and write again. Thank you, everyone, for your support.